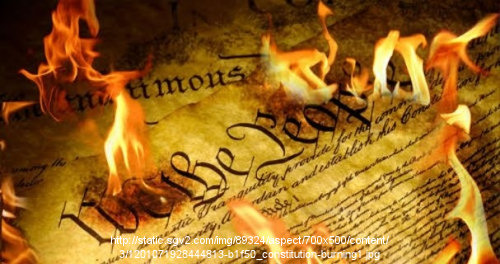 THE ENEMY EXPATRIATION ACT – A STATEMENT FROM ANONYMOUS

The Enemy Expatriation Act is yet another treasonous bill similar to the National Defense Authorization Act that was signed into law by President Obama on New Years’ Eve. The NDAA, which authorizes the indefinite detention of American citizens on U.S. soil, was met with outrage from the American public. The media largely refused to cover the NDAA until it was too late, and the bill had been signed into law. We are now faced with a similar situation. The Enemy Expatriation Act has been introduced in the House, and again, the media refuses to cover it. The American public have the right to know about a bill that could revoke their United States citizenship, and the continuing media blackout poses a serious threat to the freedoms this country pledges to provide its citizens.

The Enemy Expatriation Act is a short, yet dangerous bill. The purpose of the bill is “to add engaging in or supporting hostilities against the United States to the list of acts for which United States nationals would lose their nationality” [http://www.govtrack.us/congress/bill.xpd?bill=h112-3166]. Put simply, this bill gives the U.S. government the power to revoke your citizenship, thereby nullifying your RIGHTS as an American citizen, if they believe you are even merely SUPPORTING acts against the United States. The Obama administration has pledged not to use the NDAA against American citizens [THIS IS NOT CORRECT: SEE P.S. BELOW]. However, if this bill passes, you could be stripped of your citizenship, and subjected to the full, treacherous acts of the NDAA. You will no longer have your rights as a citizen to protect you.

Who introduced this abomination to the House of Representatives? Charles Dent, a Republican from Pennsylvania’s 15th District [http://bit.ly/wcICxr], and the sponsor of the Enemy Expatriation Act, posted the following YouTube video about his proposed legislation: http://www.youtube.com/watch?v=Hzpr7bL1Iw4. One thing you should notice immediately is the dislike bar. This video has 9 LIKES, and over 1,000 DISLIKES at the time of this statement. In addition, an ongoing poll from popvox.com shows that 92% OPPOSE this legislation [http://www.popvox.com/bills/us/112/hr3166]. Charles Dent is no Representative of the American public by ANY meaning of the word. This bill is yet another act by the government designed to give them the ultimate authority over us. The last time I checked, the Constitution reads WE THE PEOPLE. Clearly, the government has no intention of serving its citizens if our lawmakers take no consideration of our opinions or our rights before attempting to pass legislation such as the NDAA and the Enemy Expatriation Act.

In order to stop the Enemy Expatriation Act and all future acts of the U.S. government which revoke our freedoms and attempt to shred the last remnants of our Constitution, it begins with you – with all of us. The media refuses to provide us with the information we need to play a part in our own futures. The government refuses to allow any consideration of the direction we, the people, wish for this country to go. We must be the ones to inform the people. We must play an active role in our future. We are trained to be divided by the media, by the government, told that it’s all about petty issues when it’s not. Occupiers, Tea Partiers, Democrats, Republicans, Independents, this is not a partisan issue. The issue at hand is our future, and the reality of the present is that the government is slowly revoking our freedoms and our voice. Inform everyone you know about these acts of Congress, and the government as a whole. Make sure they are getting the information they NEED, and not just what they want us to know. Knowledge is power, and the freedom of information is the key to uniting all of us around the issues that really matter. Spread this message to everyone you know. Speak out against these acts, contact your representatives, senators, congressmen and make sure that they know that these injustices will not be tolerated. United, we will restore the power back to the People.

CYBERACTIVIST ALERT: Emails like this one are being blocked by Network Solutions and other ISPs using Cloudmark Authority and other Internet censorship systems euphemistically referred to as “spam filters”. Sadly, those who most need to see this warning never will…

This document may contain links shortened using http://tinyurl.com to facilitate emailing. If you are concerned that we would use them to cloak phishing or malware, you should open them with this: http://longurl.org. Also our thanks to the website design mobile, website designer mobile and website developer mobile who support our efforts.